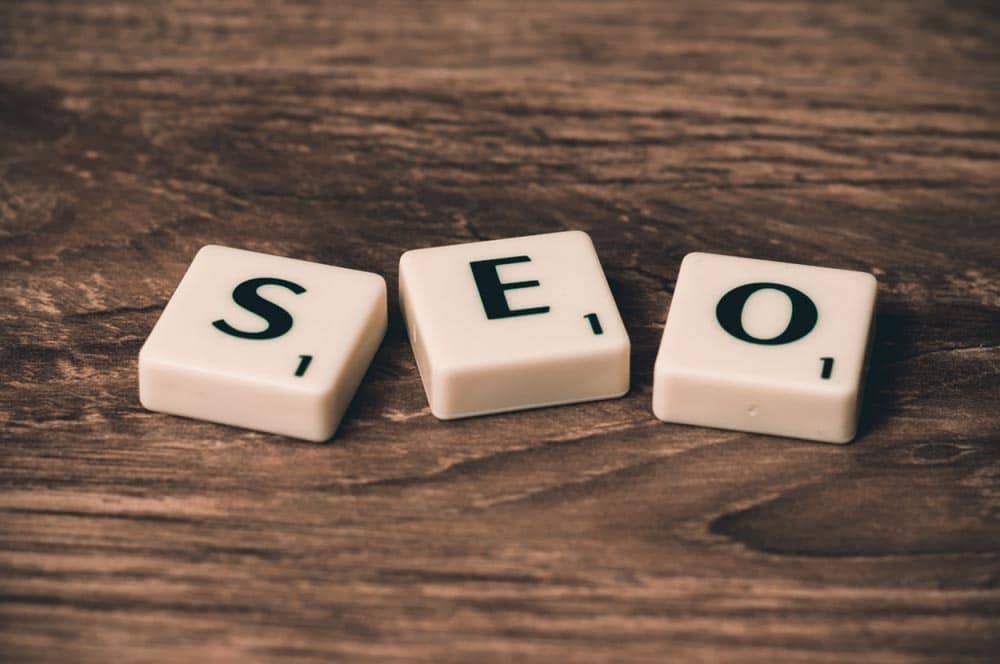 Our Online traffic has grown dramatically and overall business
has been growing ever since LinkHelpers helped us out.
- Devin C

Awesome company and owners! Very attentive to your needs.
Always there to help at any time.
- Michelle C 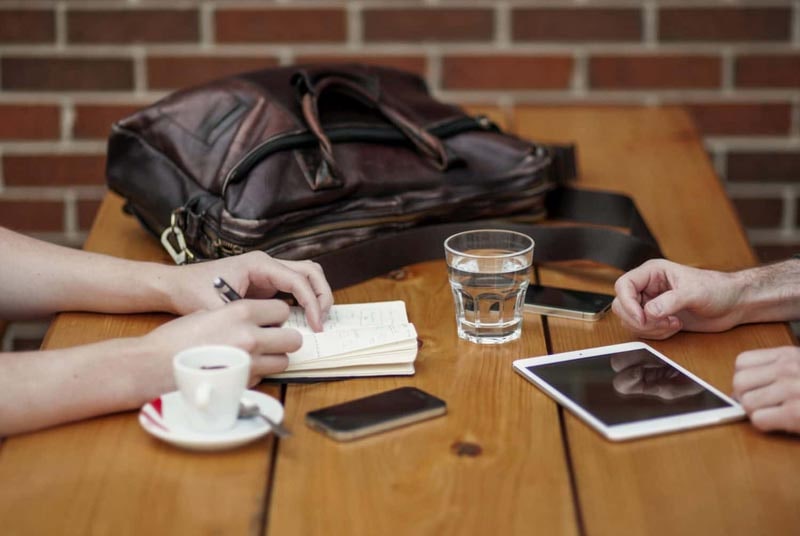 With 5 websites needing improvement for 3 dental offices (and growing!),
LinkHelpers delivered above and beyond what we needed to get
our businesses to the next level of success.
- Alberta A

Your website should attract new customers, satisfy the demands of existing customers, and drive your business’ bottom line. The challenge is to design and build an attractive and informative website that is easy to find with a simple Google search. In other words, customers must be able to find your website and it must offer them exactly what they are looking for.

At Linkhelpers, our Phoenix SEO web design experts help you design a virtual storefront that accomplishes all of the aforementioned goals. We will design your website to attract customers, motivate action that leads to a sale, and keep them coming back so you get repeat business. Your web design must be functional, modern, attractive, filled with useful content, and compatible with all platforms and browsers. 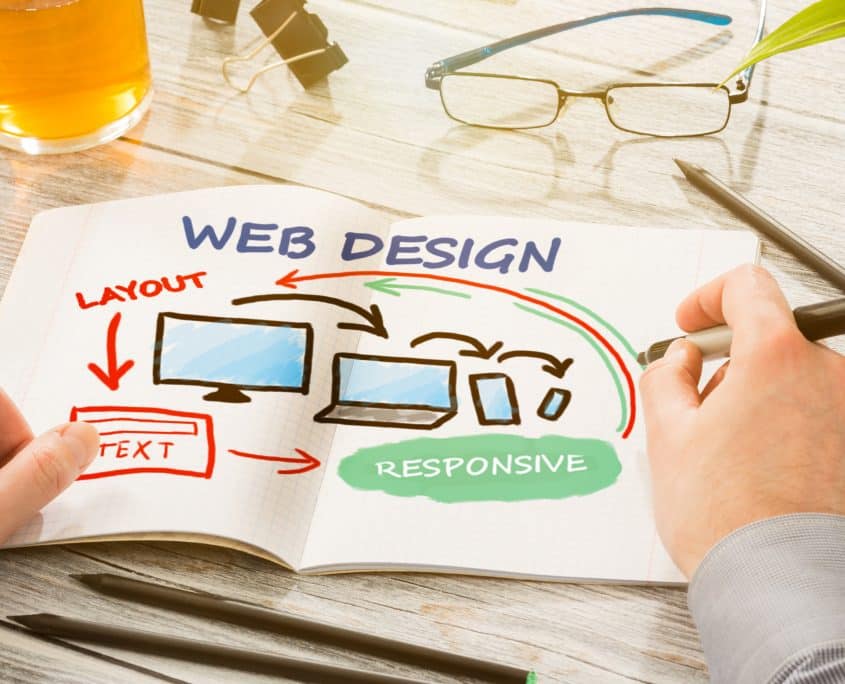 Once we finish your website, our Phoenix SEO professionals will make it highly visible on the internet so that people using Google will readily find your business. Every single day, Phoenix residents are using Google to find goods and services. When they conduct a search, can they find your website? If not, why bother spending the money to build a site in the first place?

Our Phoenix SEO experts ensure that your website is a state-of-the-art masterpiece, ensuring that you stand out from your competitors and attract quality customers. Follow along as we outline some of our proprietary Phoenix SEO and web design techniques. 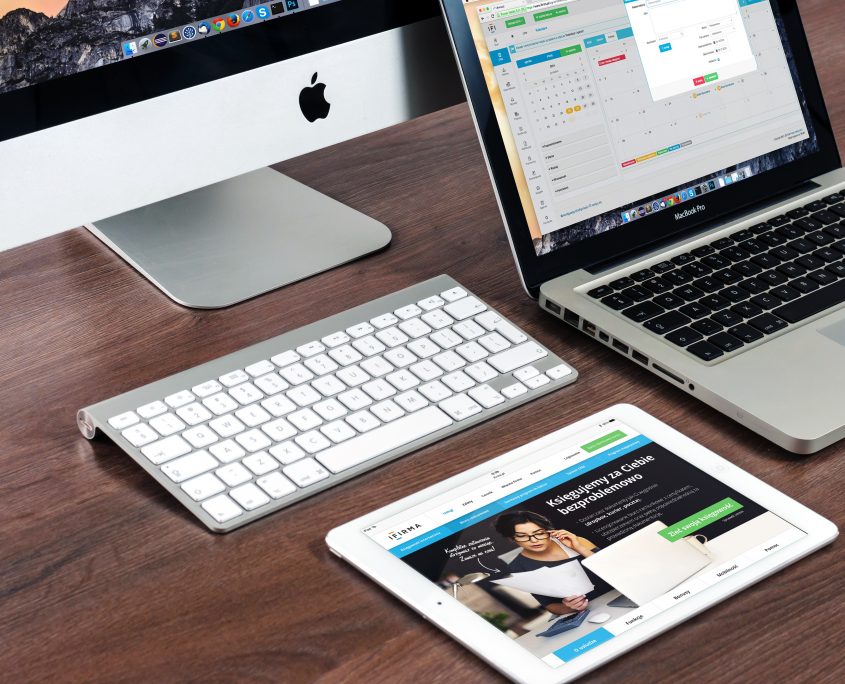 When creating any new Phoenix web design, there are numerous technical considerations that must be made. First and foremost, you should understand that your website is your most valuable marketing tool, capable of reaching just about any potential customer. In many ways, your website is a virtual store that attracts customers, keeps them shopping, and motivates them to return.

A welcoming website uses elements like layout, color, fonts, and photos to appeal to your customer’s innate urge to make a purchase. Imagine if you owned a brick and mortar store that was cluttered and uninviting? It’s likely your customers would feel overwhelmed and quickly leave. Your website is very similar, so it’s important to greet customers with the specific product or service they’re looking for.

Meeting this challenge requires a creative approach to your Phoenix web design. Our highly skilled web design team can help you develop multiple landing pages optimized for highly specific searches. Imagine your website as a department store with multiple points of entry. Customers conducting a Google search will “land” in the department with the products they’re looking for. This is far more advantageous than creating a single “home page” cluttered with too many products to be useful. If the customer isn’t immediately greeted with what they’re looking for, they will most likely look elsewhere.

Our Phoenix web design team will ensure that every aspect of your site is the best it can be. We employ experienced web designers , professional content writers, SEO experts, and skilled marketers. The end result is a website that performs optimally, attracts customers, and drives your bottom line.

Phoenix SEO that gives you a distinct edge over your competition

The internet marketplace is highly competitive. If you’re not looking for a competitive edge, you can guarantee that your competitors are doing everything they can to drive traffic to their website and bolster their bottom line.

Technology evolves, and at Linkhelpers, we evolve along with it. In the past, our primary focus was on helping clients rank organically on Google but times have changed. While some businesses may still benefit from organic search engine rankings, Google Maps now offers consumers more concise information. It is also the primary search result listing in most situations.

Google Maps’ has a number of useful features that help consumers make choices. These include: 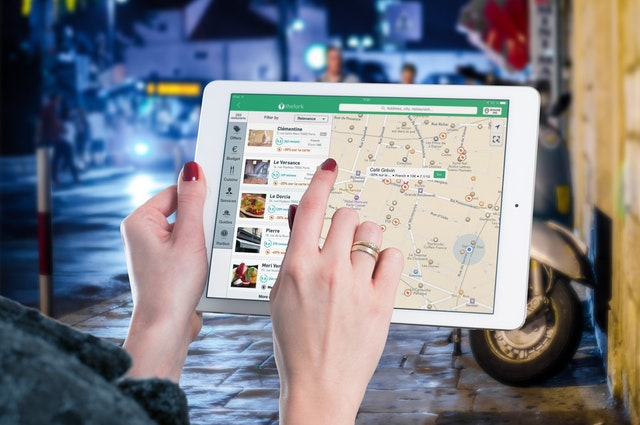 Google Maps is like a business filter based on the keyword phrase entered by the search engine user. Business information is distilled into its most useful parts for each individual search. 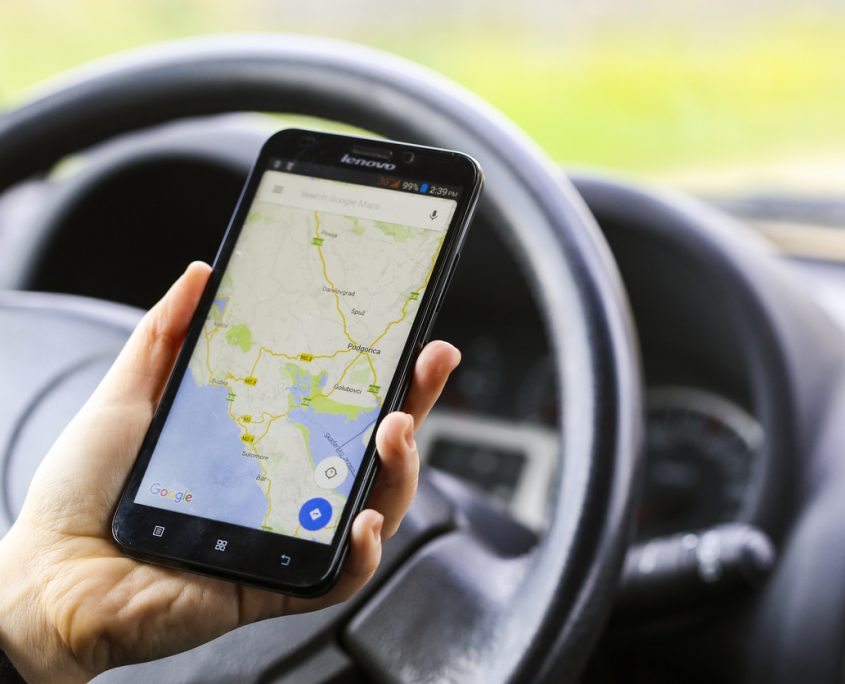 As a business owner, you must provide Google with the information it needs to satisfy search engine user’s queries. If you miss a key piece of information, you’re giving your competitors a distinct edge. What are the most important pieces of information to include in your Phoenix website design? Consider the following to maximize your SEO potential:

To dominate the Google Maps listings, your Phoenix SEO specialist from Linkhelpers will build out your list of Citations. This process must be fluid and organic in order to maximize your Google Maps’ success.

Our Phoenix SEO clients often ask us about the relevance and importance of customer reviews. While reviews do not provide websites with a Google Maps boost, they do help search engine users make buying decisions. For this reason, we urge our clients to seek out positive reviews from satisfied customers. Getting customers to write a review can be challenging but we’ve developed some innovative ways to motivate your clients to offer their input. (see below for more information on this topic from our Phoenix SEO experts).

Your business’s geographic location also plays a role in where you’re listed on the Google Maps results page. Regardless, businesses with many Citations can overcome this challenge and still rank even when they’re far away from the search engine user. If you’re attempting to attract local business, this feature is a tool you can use to maximize success.

Citations also boost your organic search engine ranking, which is beneficial to many Phoenix businesses.

Getting customers to write a review is extremely difficult, especially satisfied customers. We developed a simple way for you to increase positive customer reviews by providing them with a shortened link sent via text message. Bitly is known for creating shortened links but we designed our own proprietary service called Linkhlp.us. This tool is a far more useful alternative because it’s specifically designed to help our clients get more reviews. 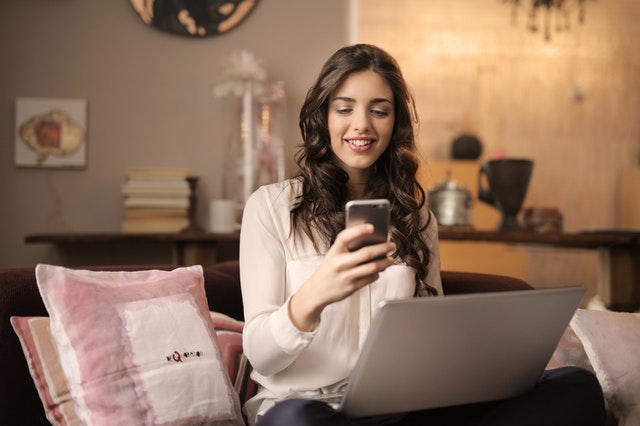 Can you determine your current Google Maps ranking? Yes, you can 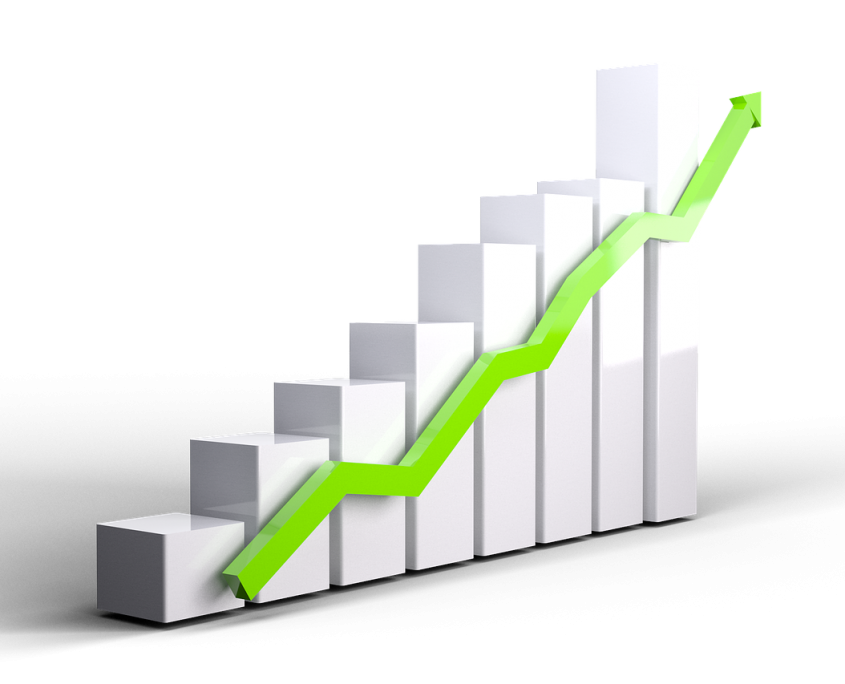 Now that you’ve seen where you rank on Google Maps, would you like to rank higher and dominate your competition? Are you ready to drive more traffic to your website and convert that traffic into a robust bottom line? If so, we are ready to help.

Your website is the most valuable marketing tool in your arsenal. The Linkhelpers team is ready to help you maximize your website’s effectiveness by maximizing sales and reinforcing your business’s online identity.

We don’t think of SEO as an add-on. Instead, we weave your SEO into the fabric of your website, ensuring you can withstand any and all Google Updates and maintain a site that evolves along with technology. Because we refuse to take shortcuts, we’ve been helping clients achieve internet dominance since the days before Google existed.

Take a look at our user review to see for yourself why we are the premier web design and SEO company in Phoenix. Your website should drive your bottom line, not the other way around. Get the most out of your marketing dollar with help from our team of experts. Let us help you develop a comprehensive SEO strategy that leaves your competition in the dust.

Phoenix is not only Arizona’s capital, but it is also the most crowded city in the state. With an area of 517.9 square miles, Phoenix is the biggest city in Arizona. As of 2018, there are more than 1,660,000 people living in the city. Because of this, Phoenix became the only state capital in the country that has over a million residents.

Back in 1867, Phoenix started out as an agricultural settlement. Even though Phoenix experiences a hot desert climate, farming has been a sustainable source of income. Producing crops like hay, citrus, and cotton has powered Phoenix’s economy for years. Phoenix was most known for its “Five C’s” namely: cotton, citrus, cattle, copper, and climate.

It was Ulysses Grant who processed the patent for the new town. By 1875, the town had its own post office, 4 dance ballrooms, and 16 taverns. Five years after, its population grew to having 2,453 residents. In 1881, the Phoenix Charter Bill was passed, making Phoenix officially a city.
Phoenix was incorporated on February 25, 1881. Soon after, it became the capital of the Arizona Territory in 1889. Under the presidency of William Taft, Phoenix was recognized as a state capital of Arizona.

In 1913, Phoenix shifted to having a council-manager system. After Arizona became a state, Phoenix’s population skyrocketed. It only had 2,500 residents when it first started. Eight years later, there were already 29,053 people living in the city.

The first skyscraper in Phoenix was the Heard Building. Scenic Airways opened Sky Harbor in 1929. This multiplied the city’s population, and there were nearly 50,000 residents. In the 1930s, the Phoenix metropolitan area had another nickname as part of a marketing campaign to lure tourists in.
It was called “The Valley of the Sun.” However, the Phoenix started to become an industrial city. It was known as a distribution center during WWII. Eventually, it became the bases for the air force, and there was a pilot training camp in the nearby Scottsdale.

After World War II, tech companies started to move to the city. Companies like Motorola move their base for military electronics in Phoenix, and soon after, other high-tech companies such also moved to the Metro Phoenix area. This triggered an average of 4% population growth rate every year since the 1960s.

Phoenix was beginning to gain popularity as a cultural center of Arizona. What started out as a small town transformed into the country’s 6th largest city. In 2010, Phoenix’s population was roughly 1.5 million residents. In recent years, progress in the downtown Phoenix ignited and the public expressed their interest, which prompted the development of numerous businesses, stores, and restaurants flourishing in the City of Phoenix.